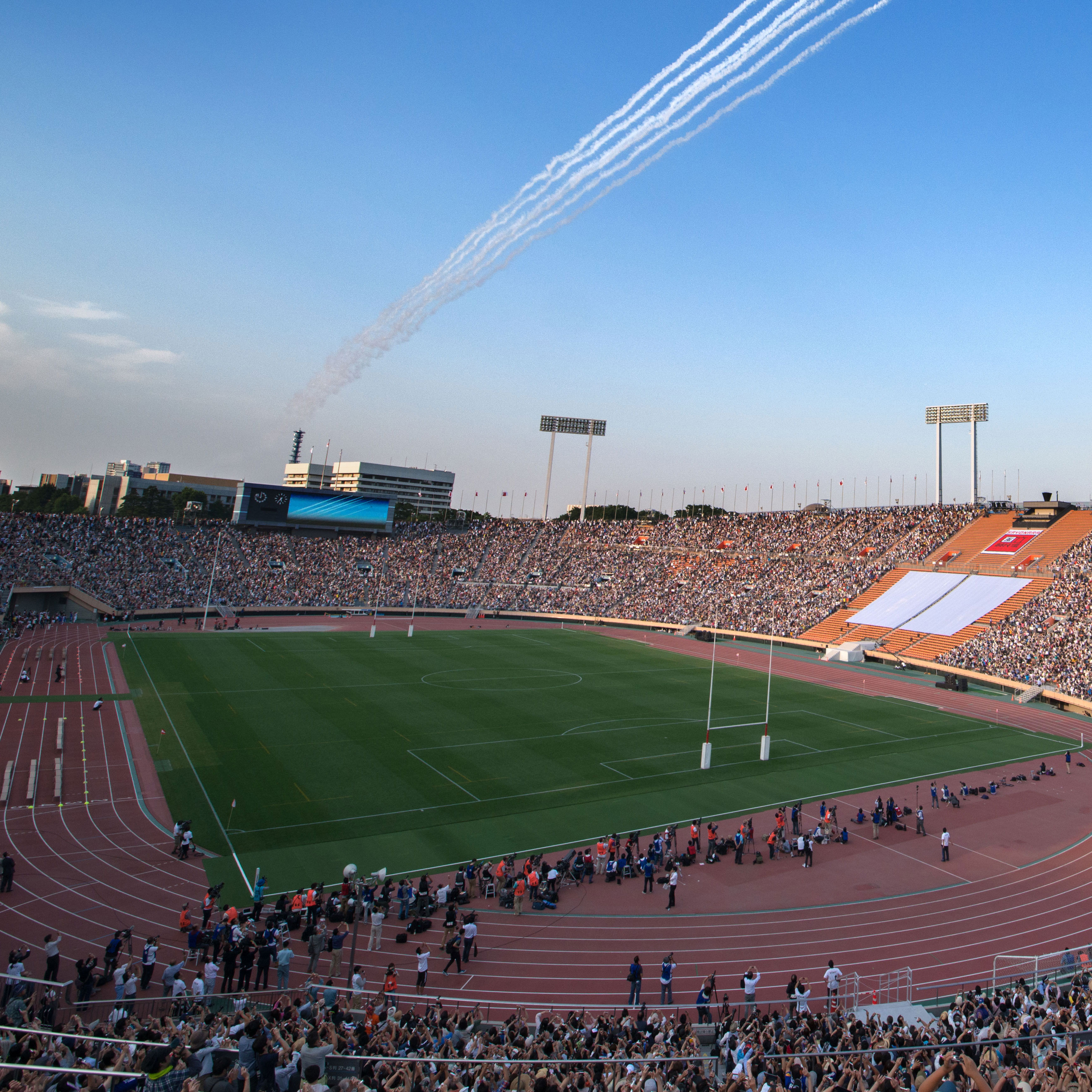 Getting the Weather on Your Side!

Maximizing the Performance of Sports Athletes

The Weathernews Sports Weather Team provides complete support to athletes, event organizers and spectators from a weather perspective.
We provide weather information to athletes and teams to help maximize performance, customize weather information for event organizers to facilitate the safe and smooth operation of events, and our support enables athletes, teams, and organizers to make optimal preparations for a successful event.
Support for Athletes and Teams
Operational Support for Sports Events 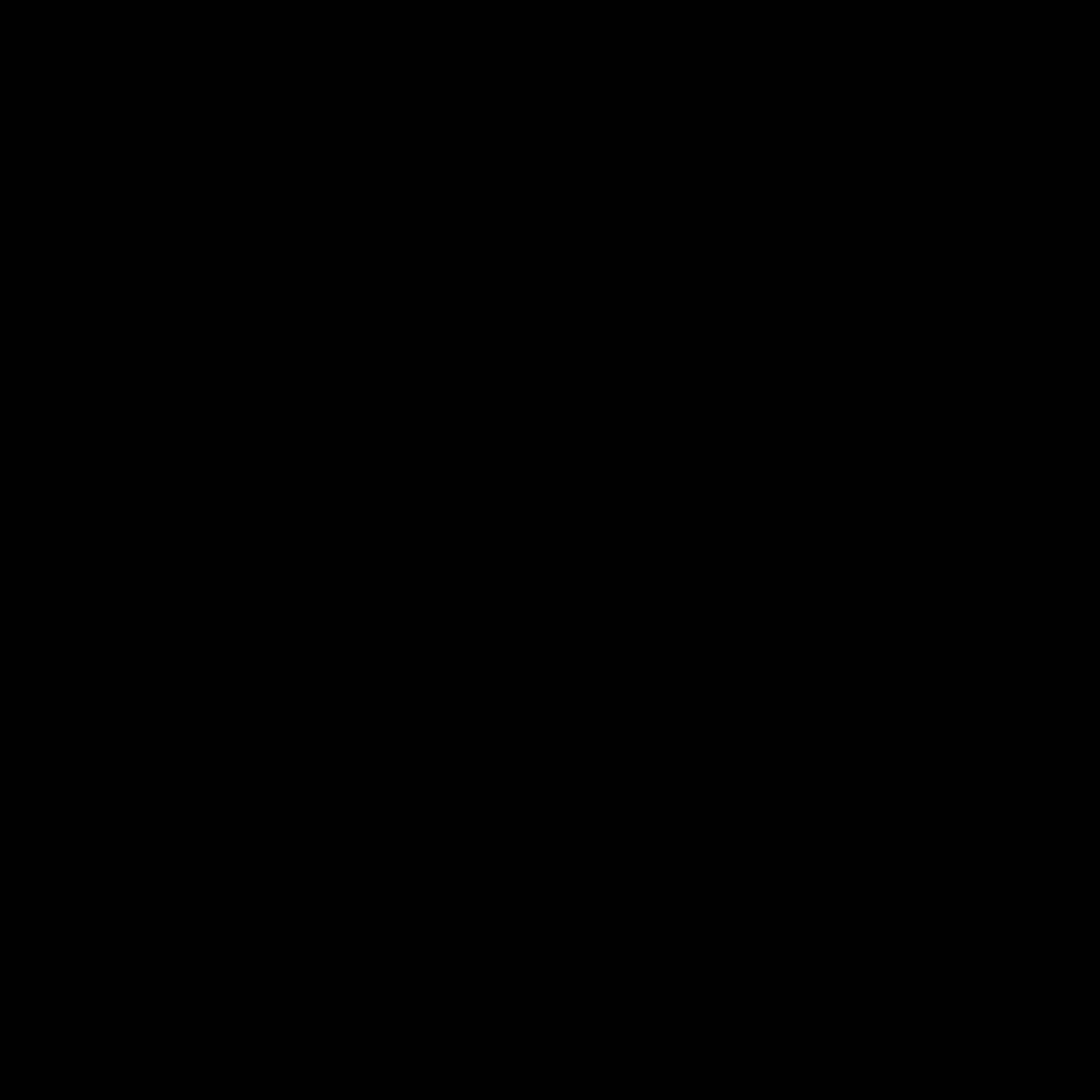 Service 1 Support for Athletes and Teams Formulating strategies and tactics making use of weather information In the March 2018 Pyeongchang Paralympics, we will provide on-site support to the Para Nordic Cross-Country Japan National Team. News 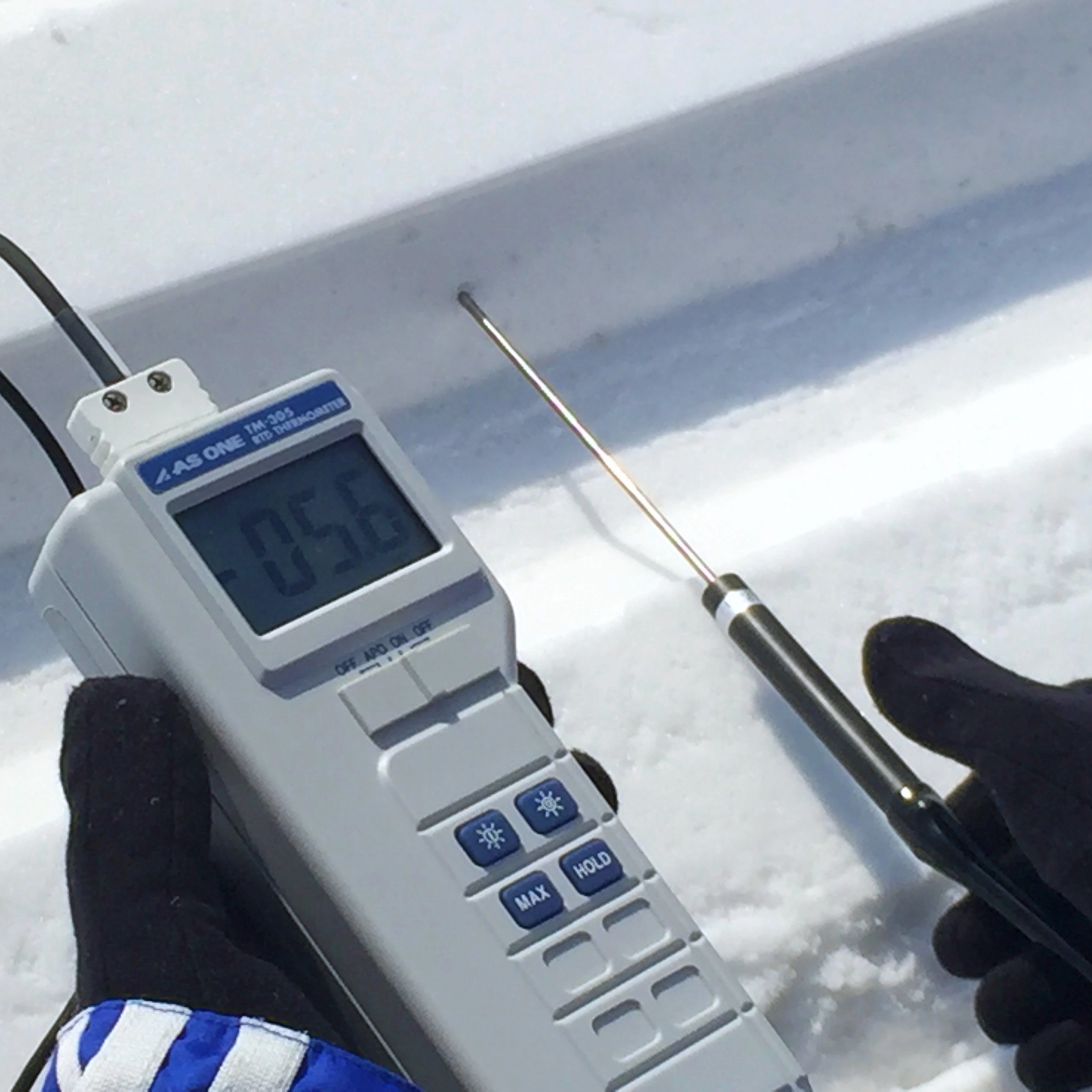 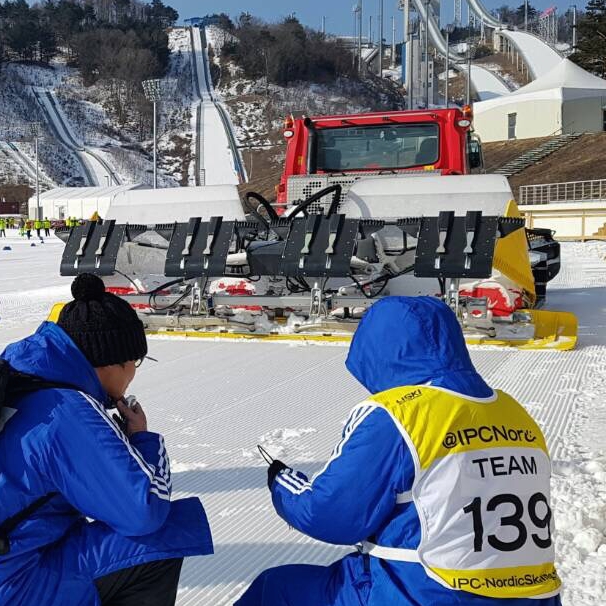 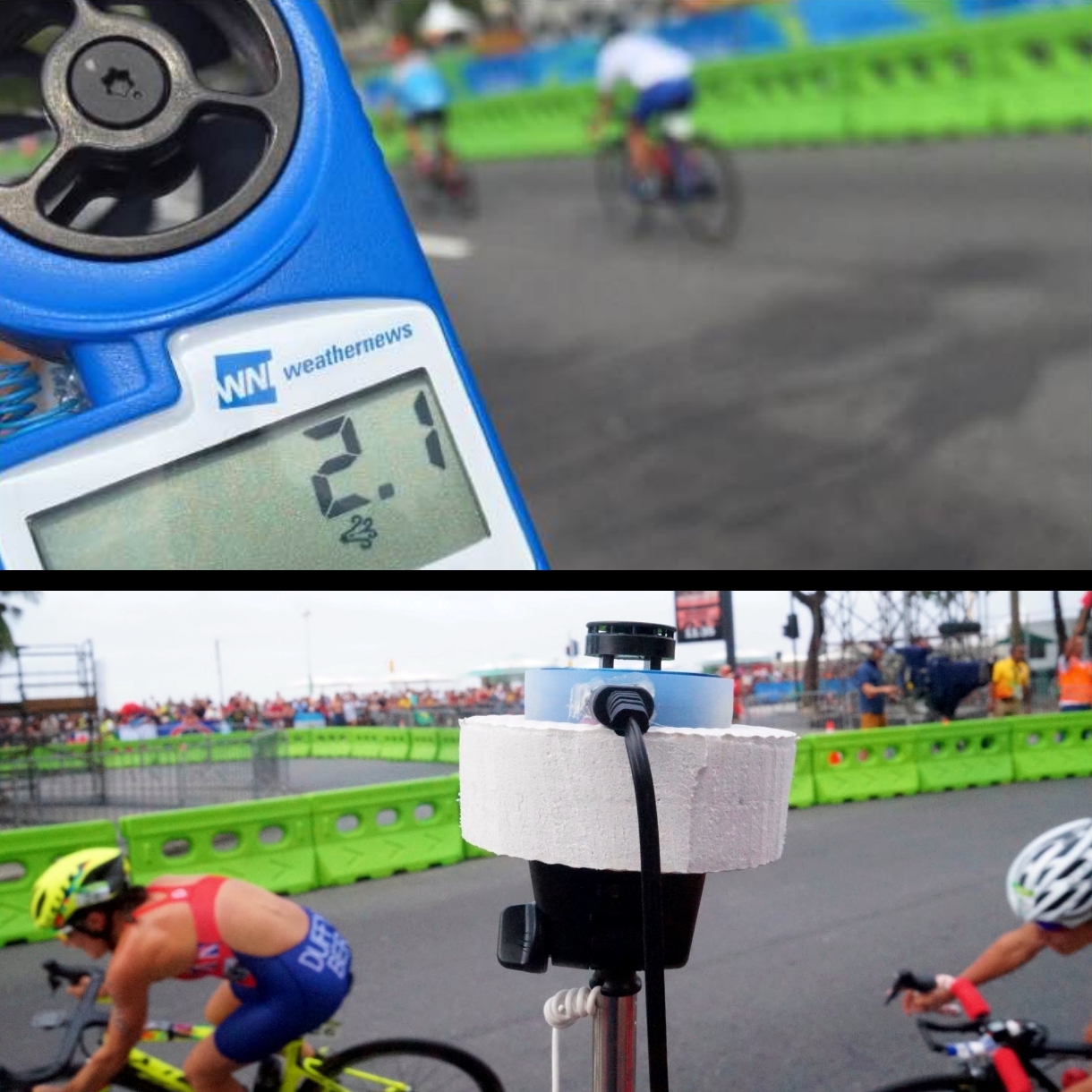 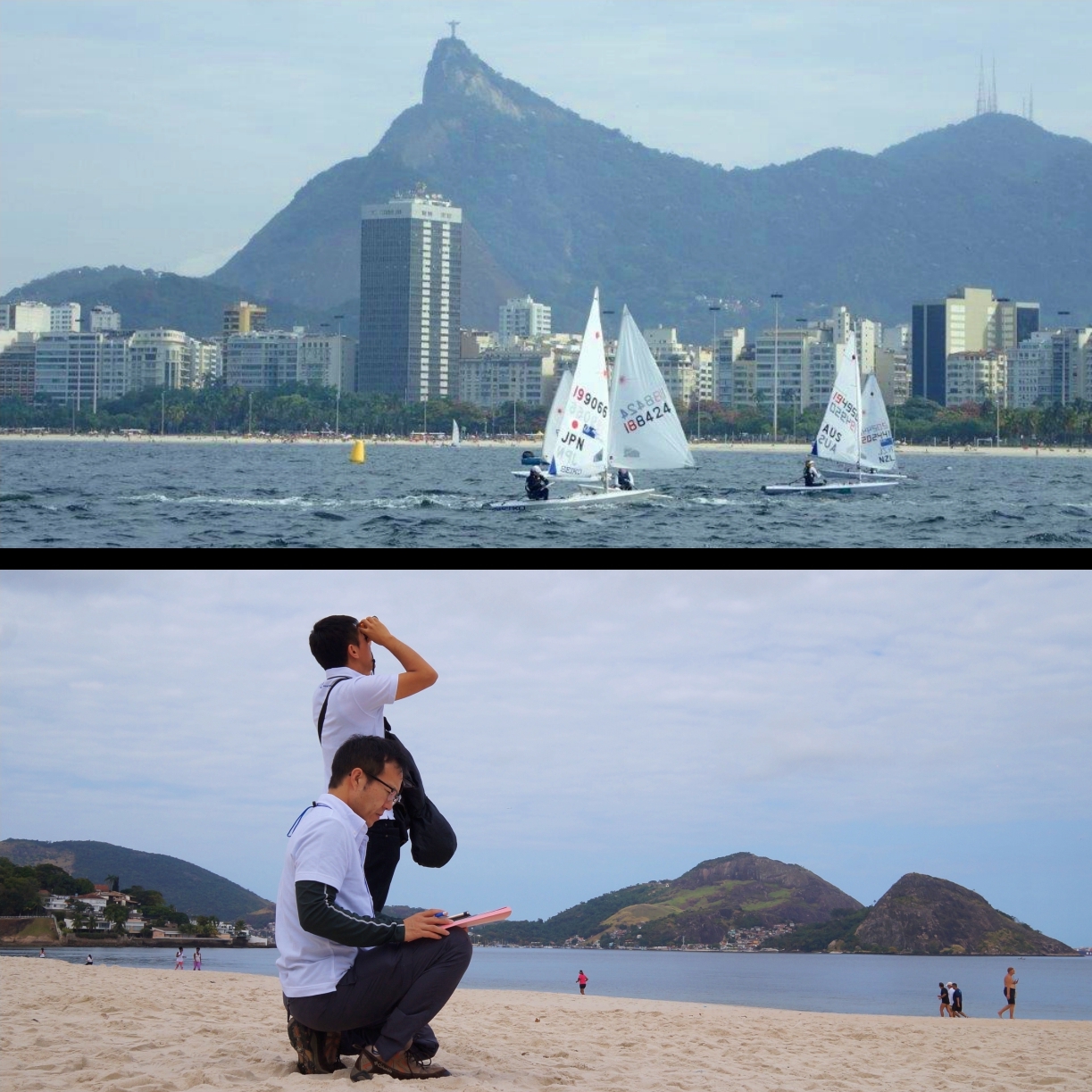 Weathernews support for sports teams and athletes started in June 2015, when we provided full support to the Japan National Rugby Union Team. In September of the same year, Japan achieved an historic victory over South Africa in the Rugby World Cup held in England, and during that tournament we provided detailed wind predictions, taking into account the forecast for fine weather and the precise shape of the stadium. We received positive feedback from the team, who said that even though it was an overseas match, they could feel confident and concentrate on the match itself without having to worry about the weather. Since then, Weathernews has continued to provide weather support to the Japan National Rugby Union Team.

In August 2016, teams supported by Weathernews expanded to cover 18 national teams in 7 sports for an international sporting event held in Rio De Janeiro. In addition to the Japan National Rugby Union Team, we also supported the Triathlon, Sailing, and Hockey National Teams. In the match against France, where Rugby Japan clinched a best-four result at the Games, we predicted that there would be rain around the time of the match. Rugby is not a sport which is canceled due to rain. In response to our forecast, the Japan National Rugby Union Team judged that the ball would be slippery, and they changed their strategy so that they would carry the ball while running to avoid mistakes. According to the team, they decided to use players with high stamina levels, and they planned to attack in the second half, when their opponents’ physical endurance had dropped. Through this strategy, they could score a historic come-from-behind victory.

In the Pyeongchang Paralympics to be held in March 2018, Weathernews will provide on-site weather support to the Para Cross-Country Japan National Team. We supported the same team in the World Cup event held in Pyeongchang last March. In that event, as there was very little snowfall, Weathernews team members walked the cross-country course for about 10 kilometers every day, taking thorough measurements of the temperature beneath the snow. We used this measurement data and air temperature forecasts to predict snow quality and the extent to which artificial snow would melt. Thanks to our accurate forecasts and real live data, the Cross-Country Japan Team had an advantage when it came to selecting waxes and devising skiing strategies, and Weathernews made a real contribution to an excellent World Cup victory.

As part of our initiatives aimed at a global scale sporting event scheduled for 2020, Weathernews is working in collaboration with Tsukuba University to develop weather prediction models to accurately forecast urban weather conditions. It is hoped that these new weather prediction models can be used to predict strong winds blowing around tall buildings, vital information for athletes taking part in marathon, triathlon, and cycling events held amid the tall buildings of Tokyo Metropolis. 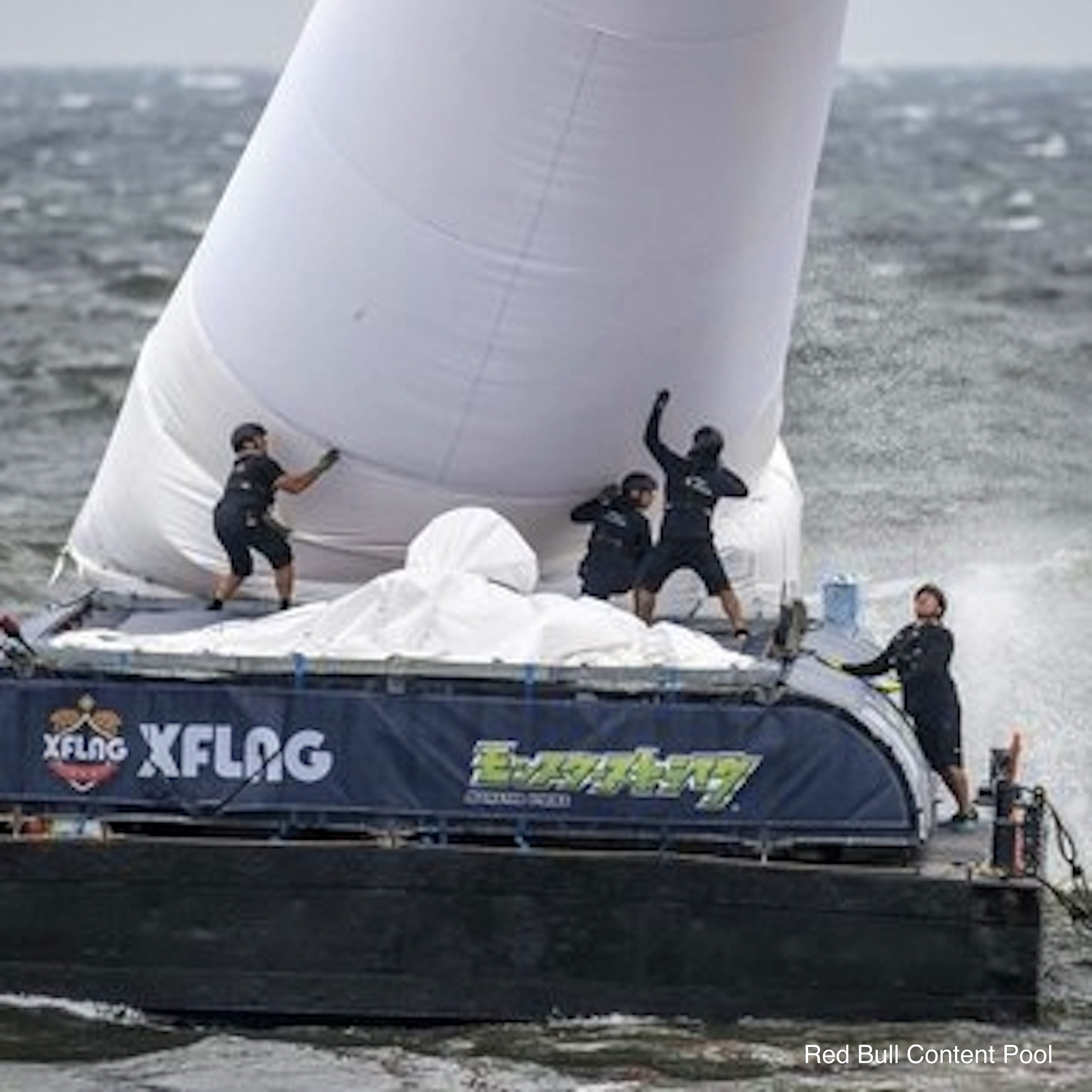 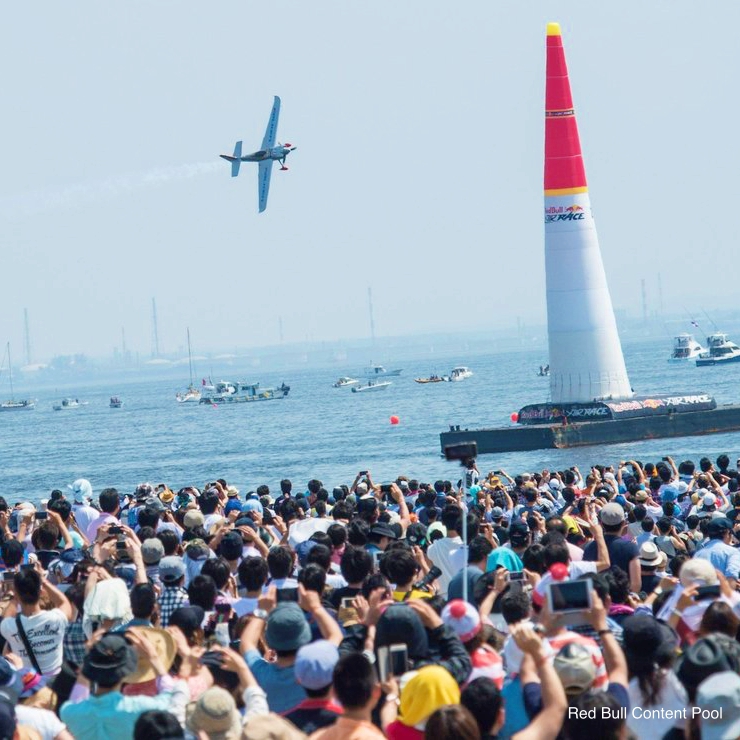 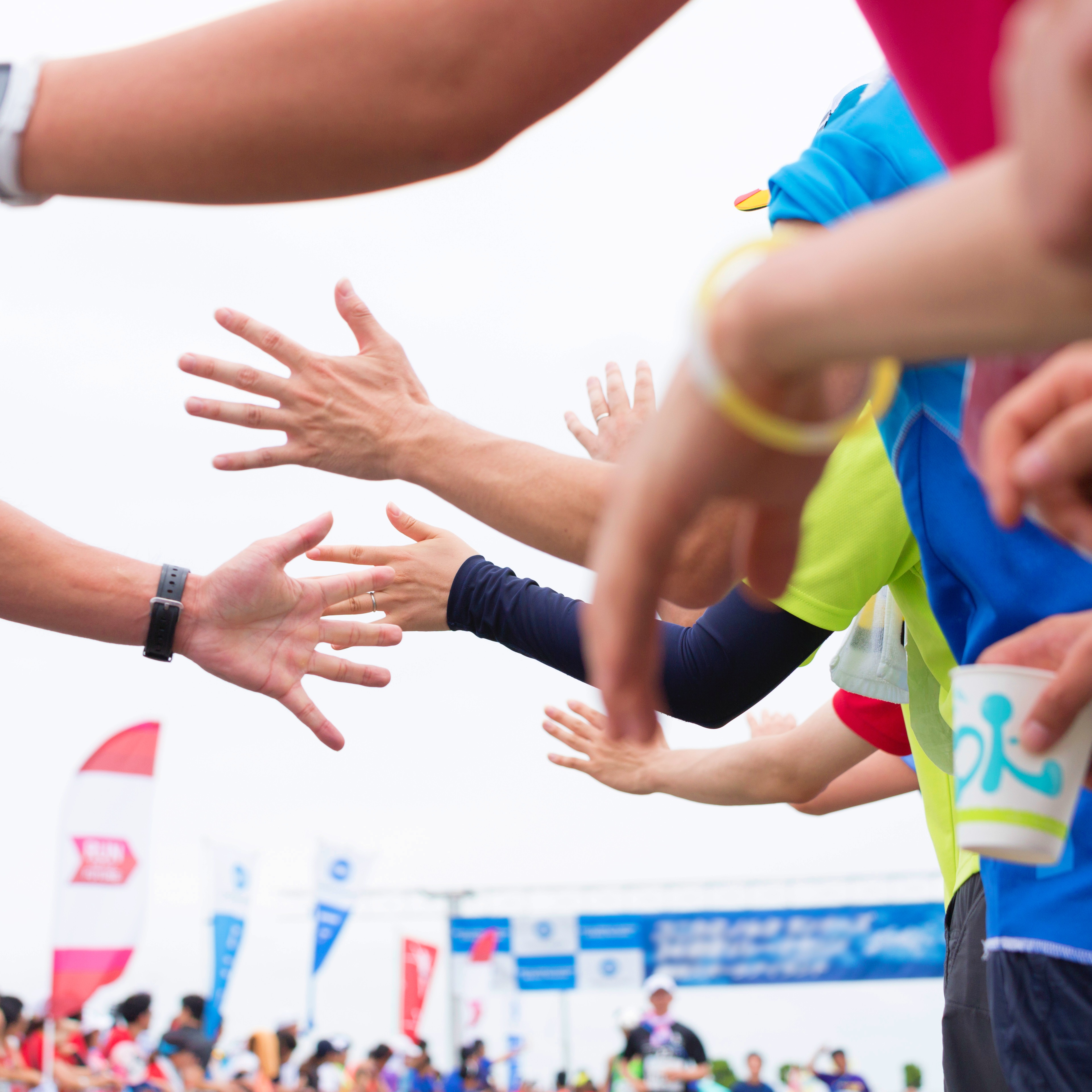 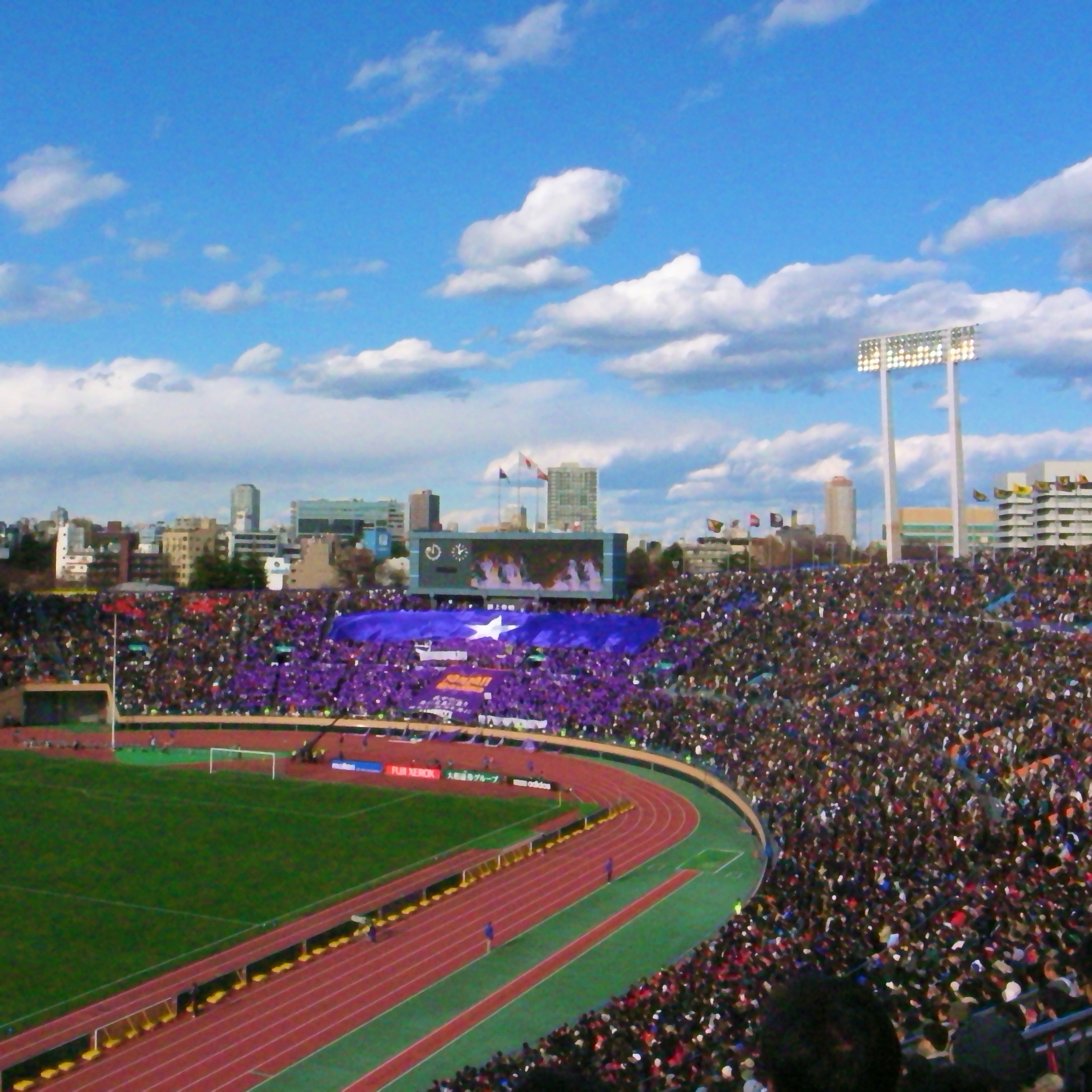 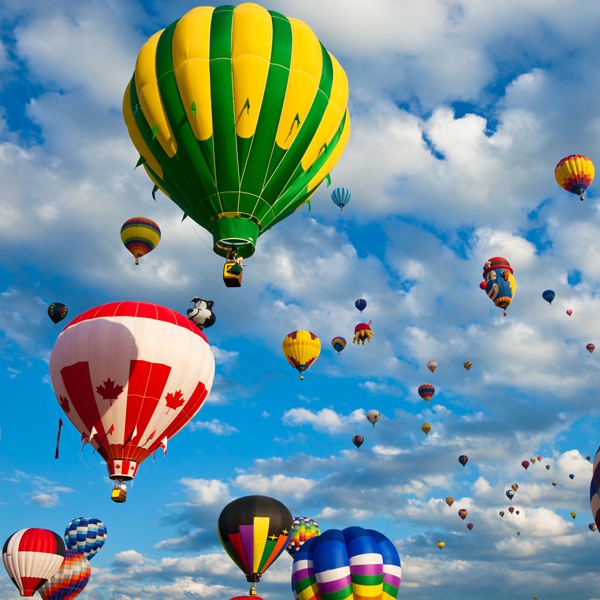 In our operational support for sports events, Weathernews provides full weather support to organizers managing sports events and matches involving sports that may be canceled due to bad weather. The roots of this weather support date back to 1983, a time when the Korakuen Baseball Stadium did not have a domed roof. The weather information we provided to the stadium was used to decide whether a baseball game could go ahead or not.

In the case of baseball, even if it rains during a game, play can continue if the ground surface is only slightly wet, but the game will be suspended if conditions get worse. Suspending a game results in losses such as ticket refunds, so the important point is not only whether a game can be held or not, but also whether there is a real risk of play being suspended. In recent years, there are often heavy downpours which stop after a short time, so it is becoming more difficult to predict the weather accurately.

Our Track Record of Operational Support for Sports Events

Weathernews supports the operations of a wide variety of sports events, including professional baseball, J-League soccer, rugby, hot air balloons, and air races. In 2016 and 2017, Red Bull Air Races were held in Chiba, and Weathernews provided weather information during the planning process for selecting the race venue. On the day of the race, we provided on-site support for making Go/No-Go decisions for holding the race based on weather factors. To hold the race, certain conditions must be met: to ensure safety at the event, the medevac helicopter must be able to take off and land, and it must be possible to set the pylons correctly. Winds were strong from the morning of June 4th, and Weathernews predicted continued strong winds and high waves in the afternoon, which would have an adverse effect on ensuring safety. The Red Bull Air Race Committee judged that the high 2.5-meter waves were not suitable for safe race operations, and they decided to cancel the qualifying race starting at 4 p.m. We predicted that the weather would improve by the following morning (June 5th), and the air race finals were held as scheduled.

An era when sports are a data battle
Making effective use of the weather
as one step toward victory Strategies for enhancing team and athlete performance are evolving daily, starting with “willpower” theories and covering a diverse range of fields and perspectives, such as improving training methods, diet, recovery, analysis, and psychology. In addition to these areas, the effective use of information (data) has also become a vital element in recent years. Especially in Japan, where there are many weather-related risks such as torrential rain and heatstroke, “weather information” is starting to attract much attention. Weather information plays a vital role to ensure safety in sports, and it is also an important element in devising strategies for victory.
We cannot change the weather, but we can gain an understanding of the weather in advance to make optimal preparations. We at Weathernews will provide full support from a weather perspective so that both professional and amateur athletes can enjoy sports safely and make the best preparations to deliver their maximum performance. Kazuo Asada, Sports Weather Team 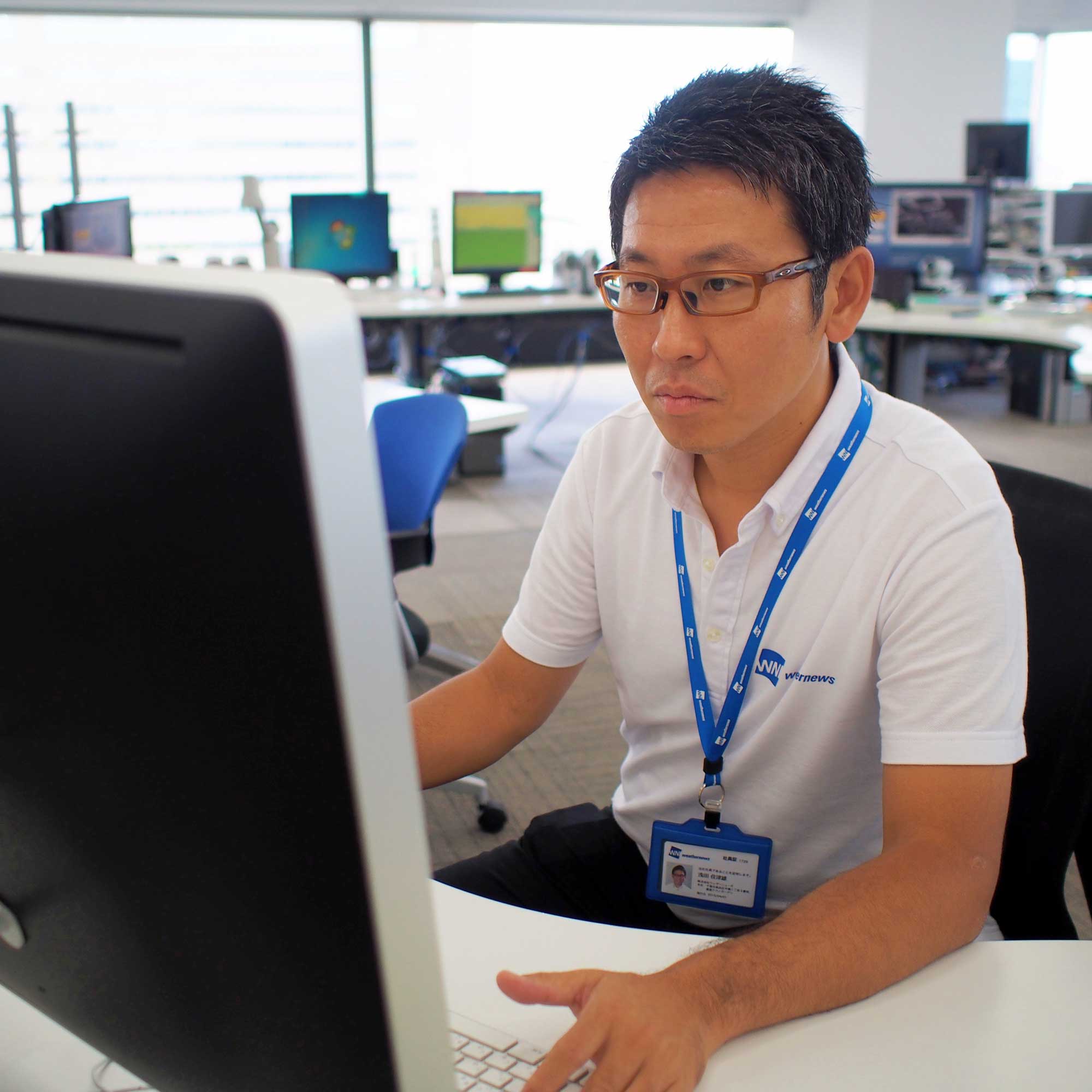