Abalone and turban shellfish from Genkaijima Island transported by drones, with orders and payments made via LINE 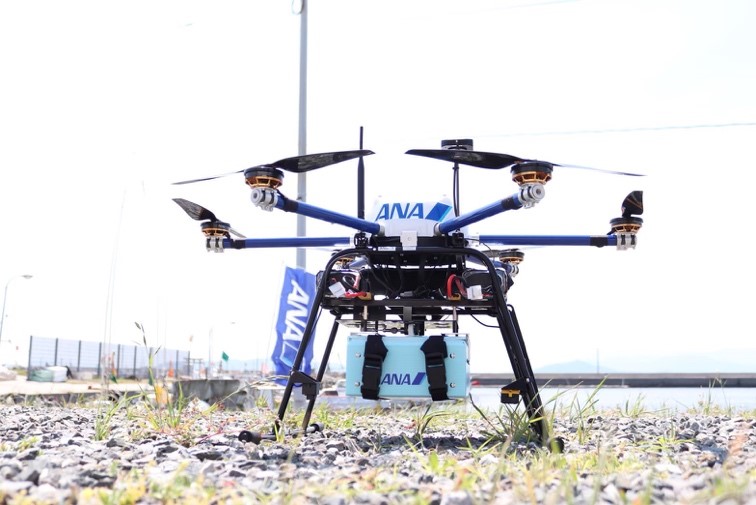 - Conceptual image of selecting/paying for products via LINE
The process for selecting products and making payments using the message app LINE is shown below. 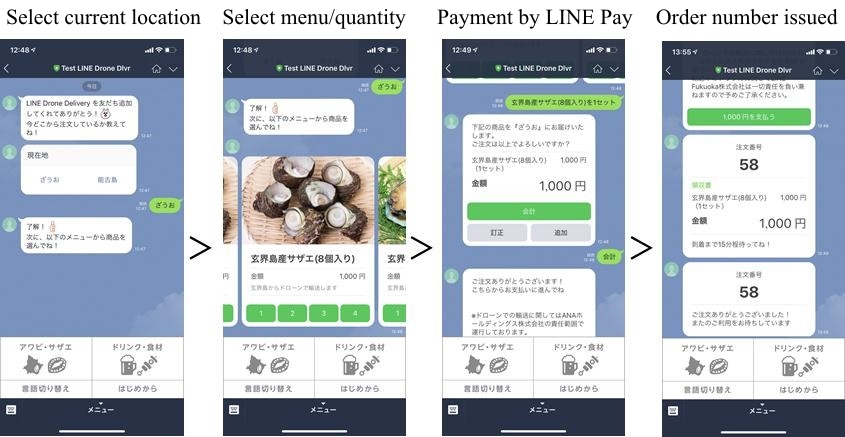 [Notes]
* In accordance with the “Examination Procedures for Permission/Approval Related to Flight of Unmanned Aerial Vehicles,” which were revised in September 2018 by the Ministry of Land, Infrastructure, Transport and Tourism, ANA Holdings obtained approval on July 18th, 2019 to fly drones over the sea outside the visual line of sight and without deploying an assistant (West Japan Civil Aviation Bureau Permission/Approval Nos. 5467 and 2379).

* This verification testing is used to test the practical application of mobile terminals for drones, etc. installed in unmanned aircraft, and a license required for such testing has been obtained from the Development Test Station.