Weathernews, Inc. (head office: Mihama-ku Chiba-shi Chiba, Japan; CEO: Chihito Kusabiraki) cooperated with a project to invite graduates of the National Graduate Institute for Policy Studies (GRIPS) to Japan, and welcomed 33 junior government officials from ASEAN and South Asia to tour the company. 30 people from ASEAN and South Asia, along with three GRIPS staff members, visited the Weathernews Global Center to tour the workplace of the weather service provider.

Weathernews has staff from 25 countries worldwide, and personnel from each of those countries showed the visitors the processes enabling weather forecasting as well as the operations floor where weather information is utilized in business. The countries of Asia experience phenomena similar to Japan such as typhoons, earthquakes and torrential rain, but many are yet to fully utilize such information, and asked questions with great interest, also expressing there expectations in Weathernews’ deployment in Asia in the future.

30 Junior Government Officials from 13 Countries in ASEAN and South Asia
On August 25, thirty junior government officials from ASEAN and South Asia (Vietnam, Indonesia, Bhutan, Cambodia, Myanmar, Malaysia, Pakistan, Philippines, Thailand, Laos, Nepal, Sri Lanka and India) toured the Weathernews Global Center. The tour was conducted as an industry innovation company tour, as part of a project to share new policy issues faced by Japan since the Great East Japan Earthquake in 2011, by inviting graduates of the National Graduate Institute for Policy Studies (GRIPS) in commemoration of the 20th anniversary of GRIPS. Weathernews cooperated with the tour as a company supporting policies related to reconstruction, disaster prevention and crisis management through information dissemination. 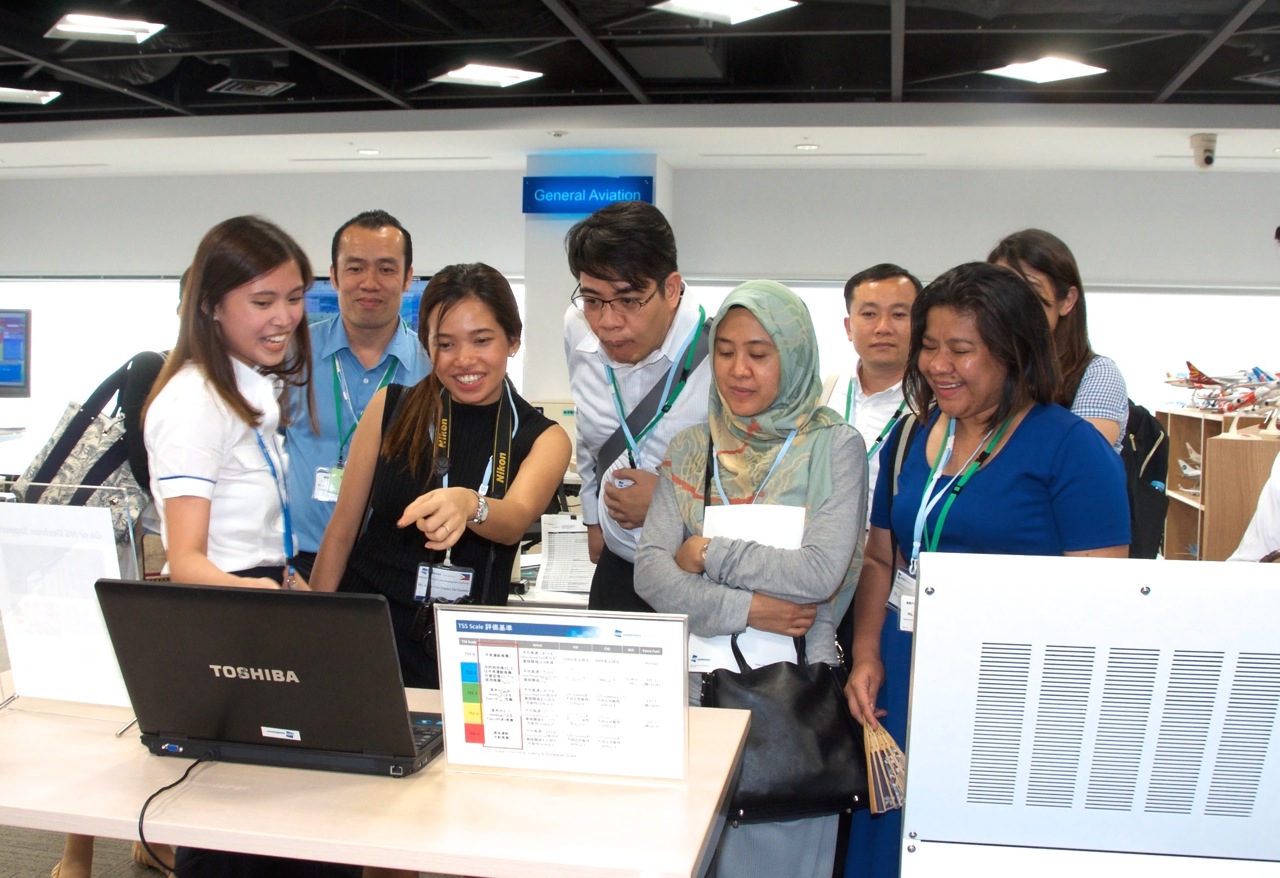 Introduction to a Global Company
Weathernews has staff from 25 countries worldwide, and on the day of the tour nine staff members from countries of the participants (India, Laos, Indonesia, Philippines, Myanmar and Vietnam) handled the tour, helping to quickly break the ice and create a relaxed atmosphere. Many of the tour participants expressed their surprise at the meticulous creation of weather forecasts when they heard the explanation of the logic enabling weather forecasting and explanation of the detailed check functions, etc. In the workplaces providing services for each market such as Marine Weather and Aviation Weather, they made comments such as “I didn’t think it was deployed on such a global level” and asked about specific plans such as “When will you start offering this in my country?”

Weathernews will continue to make efforts to spread disaster mitigation and disaster prevention through the use of weather information through cooperation with local people across Asia.

Questions and comments from participants
- Can and do you forecast earthquakes and tsunamis?
- Can you provide detailed typhoon forecasts tailored to each country?
- Will you deploy more WITH Radar units in Asia? What are your plans for future deployment?
- Why don’t you provide services to my country?
- What are the differences with your competitors?
- I would like you to continue to spread Weathernews services more to my country.